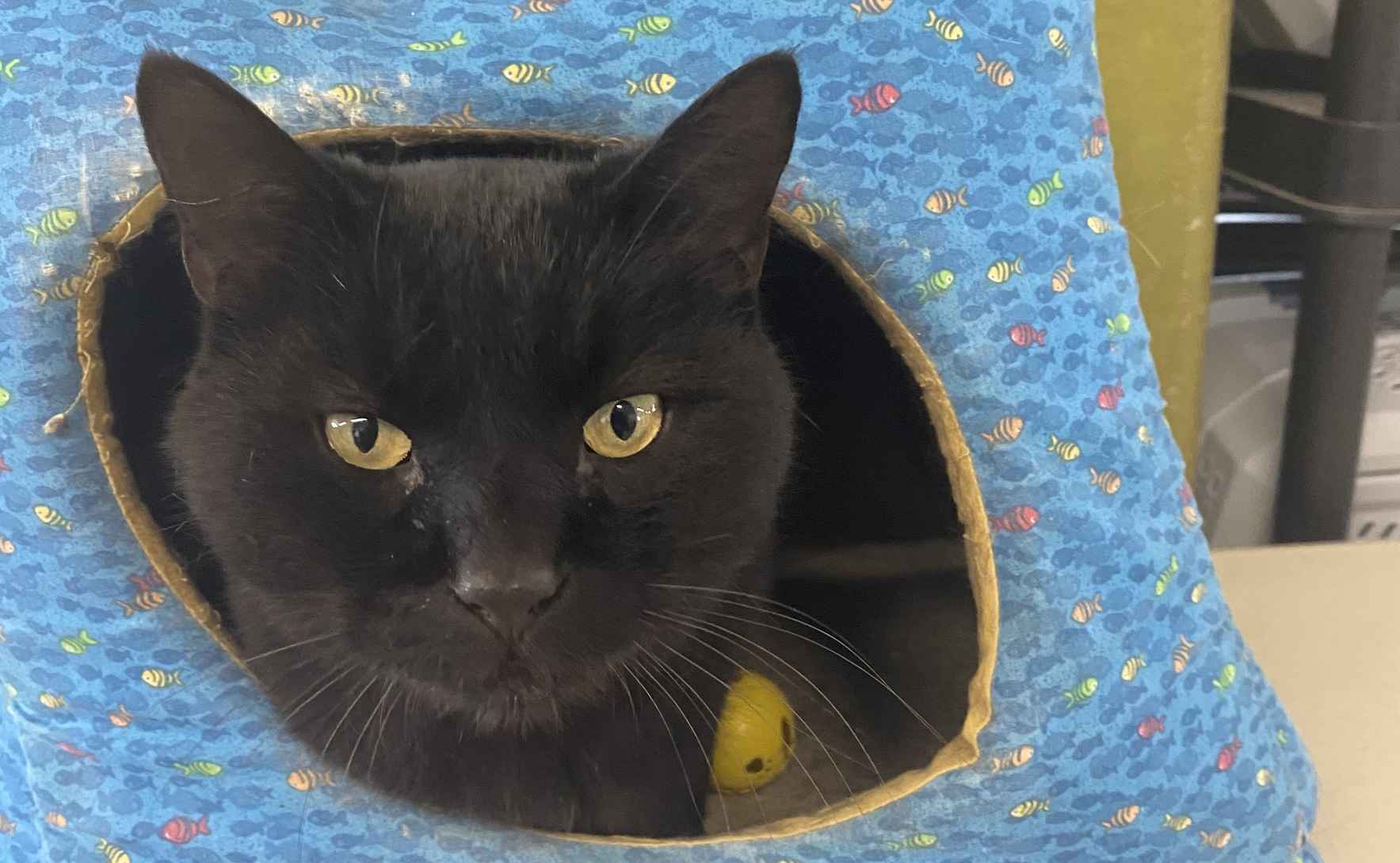 We need YOU to help us save lives!

Please consider becoming a monthly donor to help us save cats like Midnight.

Midnight came to us when we first started our Working Cat Program. Before this program was developed, every cat that was deemed unsocialized in the shelters in Utah County was being euthanized. Unfortunately, the shelters didn't have a way to adopt these guys out to the public. We decided to change that and we made the goal that no cat would be put down because they didn't like people, after all, that's our fault that they weren't socialized because there are too many cats having kittens outside. On one of our first trips to the shelters, Midnight was one of the cats that came to us. He was an absolute brat when he first got here. He would hiss, and swat, and do everything he could to let us know that he didn't like us. Due to a twist of fate, Midnight escaped the enclosure he was in one day. We couldn't find him for several days. And one day, he came up to us, rubbed against our legs, and asked for attention. He did not want to be picked up, and was enjoying life on the farm with the horses, pigs, and ducks. He spent most of his days taking naps in the hay barn. And when someone was out in the yard, he went up to them and wanted to be pet. A few short months later, we were able to build our rescue facility right next door. He followed us over one day, and he's never left since. He's decided that it is him dominion, and we all work for him. In the summer months he likes to spend his time outside and occasionally put in the effort chase a mouse. In the winter months he spends 20 hours a day curled up inside a small box napping. Every time we open a can of food for a kitten, he insists he needs wet food too. Every time we greet him in the morning, we ask if he's in a good mood or a bad mood. Some days he is incredibly loving and wants all the attention. Some days he screams at us if we look at him. He always has an opinion and always let's us know what it is. Had we never started this program, Midnight would've been euthanized we would never be entertained every day by his antics. Even though he can be a jerk, we love him and would never let anything happen to him. Your monthly donation as Midnights Minion will help us save cats like him from unnecessary death, and to help us pay our thousands of dollars in medical bills each month. We truly need YOU.

Each month you will receive a thank you from Midnight himself.